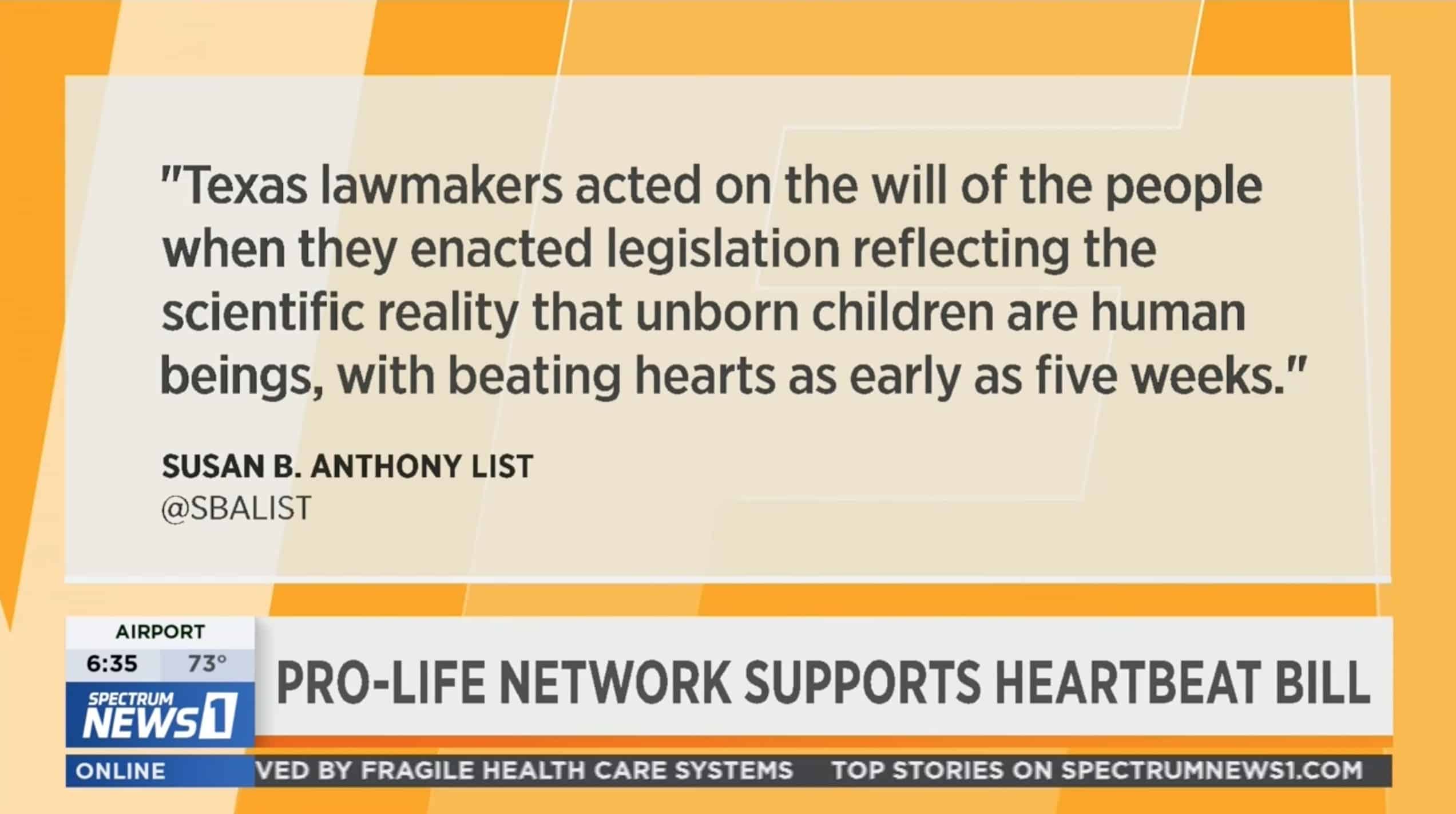 Dannenfelser: Life Is Winning in Texas and Across America

Washington, D.C. –Texas’ Heartbeat Act, legislation signed into law by Governor Greg Abbott (R) that protects unborn children from abortion as early as a heartbeat can be detected, went into effect today. The U.S. Supreme Court has so far taken no action on a request by the abortion lobby, led by the nation’s largest abortion business, Planned Parenthood, to block the law. The Heartbeat Act goes into effect a day after pro-life lawmakers again asserted their desire to protect women and children from abortion by advancing S.B. 4, legislation that guards against the expansion of dangerous mail-order chemical abortion drugs, to Gov. Abbott’s desk.

“This is an historic moment in the fight to protect women and children from abortion. We’re excited to see the Heartbeat Act save lives starting today and stand with our allies on the front lines serving mothers and families,” said SBA List President Marjorie Dannenfelser. “The American people are eager to humanize our extreme, outdated abortion laws. This law reflects the scientific reality that unborn children are human beings, with beating hearts by six weeks. We are grateful for Governor Abbott’s leadership, the courage of the Texas Legislature, and all our pro-life allies in statehouses across the nation who are continually fighting for the unborn and their mothers. With the Dobbs case on the horizon, we hope that the Court is finally ready to let this debate move forward democratically, restoring the right of states to protect our most vulnerable brothers and sisters.”

In Dobbs v. Jackson Women’s Health Organization, a case involving Mississippi’s 15-week abortion limit, the U.S. Supreme Court is set to consider whether all pre-viability limits on abortion are unconstitutional. The case will be heard this fall.

The chemical abortion legislation passed by the Texas House of Representatives yesterday is one of Governor Abbott’s short-list priorities for the special session. The bill, which was championed by State Representative Stephanie Klick (TX-91), a member of SBA List’s National Pro-life Women’s Caucus, cleared the Texas Senate for a third time earlier this month.