Is Rick Perry in or out? Nobody can be sure; however, we can be sure that if he decides to join the race, as LifeNews.com reports, he will bring his solid pro-life values with him.

Reuters reports that over the weekend, Texas Gov. Rick Perry spoke to approximately 5,000 Hispanic pro-life activists at the United for Life, or Unidos por la Vida, event held at the Los Angeles Memorial Sports Arena. The rally was sponsored by Manto de Guadalupe which was founded by Eduardo Verástegui—the star of the pro-life movie Bella.

Perry urged the crowd to keeping fighting until “Roe v. Wade is nothing but a shameful footnote in our nation’s history books.” Also in reference to the landmark Supreme Court decision, the governor noted, “50 million children have lost their chance at life—a tragic legacy of judicial activism and a stark reminder that our culture and our country are still in peril.” 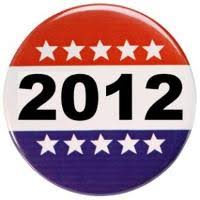 President Obama’s stances on the life issue were not left without criticism. Gov. Perry argued that the president’s allowance of federal funding for embryonic stem cell research was disturbing because such studies turn “the remains of unborn children into nothing more than raw material.”

In his first week in office, President Obama overturned the pro-life “Mexico City policy” which ensured that no federal funding could be used to support abortion promoting organizations in foreign countries. In response to the president’s action, Perry explained, “our federal tax dollars can now be used to fund abortion all over the world. With the stroke of a pen, abortion essentially became a U.S. foreign export.”

The governor’s pro-life record was also a topic of conversation at the event. He touted a bill he signed recently that requires women seeking an abortion to first view a sonogram of their unborn child. Because of its potential to save innocent lives, Perry designated the bill as an emergency so it could move more quickly through the legislative process.

To sum up his overall comments and pro-life values, reporters have widely cited the fact that Perry has invited all of the nation’s governors to come to Houston on August 6 to join him in a “national day of prayer.” Perry’s beliefs that “Every life is precious” and “There is no such thing as an unwanted child in the eyes of God” clearly show that the unborn are constantly in the thoughts and prayers of the governor.