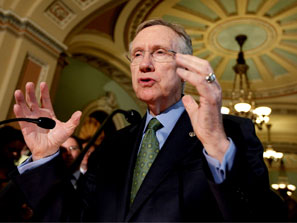 The way a representative democracy works is simple really. Elected officials listen to the will of the people and represent their interests when forming laws. Well, the people have spoken and their chorus is a resounding NO to the federal funding of abortion in health care.

A new CNN poll joins the growing list of polls that consistently find that the majority of Americans oppose tax payer dollars being used to subsidize abortions.

The poll asked over 1,000 Americans the following question:

Generally speaking, are you in favor of using public funds for abortions when the woman cannot afford it, or are you opposed to that?

61% of respondents said they were opposed to using federal funds for such a purpose. These results follow the pattern seen in polls by the L.A. Times, Washington Post/ABC News, Rasmussen, and more.

The Washington Post/ABC News poll asked a similar question that specifically examined the kind of language used in the Stupak Amendment.

“Say someone buys private health insurance using government assistance to help pay for it. Do you think insurance sold that way should or should not be allowed to include coverage for abortions?”

Again, 61% of Americans said that plans subsidized with tax payer dollars should not cover abortion.

Americans are clearly taking a stand against the federal funding of abortion. The Senate should respect its constituents and actively work to include its own version of the Stupak Amendment in the proposed health care bill. Anything less will result in the government funding of abortion and the betrayal of the wishes of the American people.