Recent debate in North Carolina over legislation to inform women about their choices when faced with unplanned pregnancy has unveiled some voices and arguments that Planned Parenthood and other abortion advocates definitely don’t want you to hear.

Ms. Stewart is a courageous post-abortive woman who testified at a committee hearing in the North Carolina State House on the pending legislation that advocates for a woman’s right to be informed about her baby, abortion and abortion alternatives.

From the Associated Press in Raleigh: Sylinthia Stewart, 45, of Fayetteville, said she had four abortions in three states and never got the information she should have had. Black women like her are even less likely to receive clear and full information about abortion, a procedure she called “a racist act.”

“Black women need to be educated. We are the ones they are hiding the truth from. I am sorry about your circumstance, but that does not give anyone else the right to hide it from me,” said Stewart, who backed the measure. “This bill will protect black women. The women who actually have abortions need more information.”

Ms. Hallenbeck has a similar story. According to LifeNews.com:

But Danielle Hallenbeck, of Angier, supported the bill and talked about the abortion she had in 1993 saying she was never told how long she had been pregnant and the abortion business gave her no information or counseling beforehand.

The newspaper quoted her saying, “The only words that he said to me — while he was doing the procedure — was: ‘You’re further along than we thought.’ Those words haunt me to this day.”

When women truly have a choice – when they are presented factual information about abortion and pregnancy, many decide to choose life. And there are many who, like Ms. Stewart and Ms. Hallenbeck, might have chosen differently if they had known then what they know now.

From NewsObserver.com, where letters to the editor on both sides of this legislative debate are pouring in:

A decision to have an abortion cannot be reversed. Empowering women with information to make an informed decision will reduce the likelihood of unresolved grief and regret after the event. By construction the law is pro-choice and pro-woman and, for some women who choose to have their babies, pro-life! Jackie Bonk, Office of Pro-Life, Catholic Diocese of Raleigh 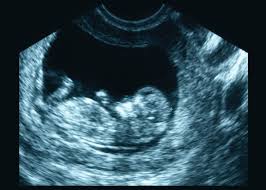 North Carolina is one of 16 states that do not require a waiting period or counseling prior to an abortion, according to an article about this recent legislative debate on LifeNews.com. The Women’s Right to Know bill, according to North Carolina House Majority Leader Paul Stam (R-Wake), is “just what’s necessary to be medically informed.” (As cited from article in Newark Advocate.)

The idea of wanting women to actually have all the same information available to them before they have an abortion is frightening for pro-choice advocates. The fear is clearly seen in the back and forth letters to the editor being published at NewsObserver.com, a news outlet out of Raleigh, NC. Pro-aborts state that the bill is religiously-motivated and designed solely to decrease the number of abortions. In my review of the news coverage, I have seen nothing to indicate religion as a primary (or sole) motivator in this legislation. Furthermore, I thought that even abortion advocates wanted abortion to be safe, legal and RARE.

On the issue of choice: is it more coercive to provide a woman with all relevant information and give her time to process it or to take her money, tell her she’s just getting rid of a clump of cells and then kill her child? Maybe abortion advocates realize that once the truth is out there – once women really understand what abortion is, abortion will actually become rare. This would be terribly problematic for multi-million dollar abortion businesses, like Planned Parenthood. They fear the truth. And the truth is, increasingly, out there. 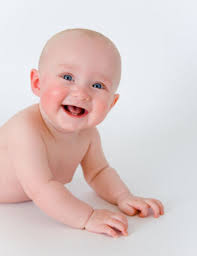 Lives are worth the cost.

Abortion advocates in North Carolina might be getting desperate. Amid concern over state spending, abortion advocates tried to go the fiscally conservative route. They used data from other states where similar legislation has been passed to claim that, if the legislation passes, the state will likely experience an increase of $7 million in Medicare expenses for the additional children born (who would have otherwise been aborted).

“To me, it is incredible that we would even debate the idea that somehow we can improve the fiscal impact of this state by not allowing children to be born,” he said. “I’m a fiscal conservative, but if we’ve got to pay a little more money in this state because more children have the right to be born, then so be it.”

To counter these claims Rep. Justin Burr, who chairs the budget committee, directed his staff to investigate costs associated with additional medical treatments necessary for women who have children after an abortion, since those children have an increased likelihood of birth defects. The staff found that medical costs for neonatal care could reach $39 million.

Of course, many seem to forget that babies become adults (eventually), who are able to contribute to society and are an essential part of the workforce as well as pay taxes into the state system. To get the real impact of having a couple thousand fewer children in North Carolina, those costs would also need to be included in the calculations. [Perhaps pro-abortion groups know when the rapture is coming, so future benefits (like letting these children live and letting their mothers make a decision they can live with) won’t be realized before the end of the world.]

The voice that Planned Parenthood & abortion advocates really don’t want to hear about is yours. If you live in North Carolina or in any state where the legislature is currently considering pro-life legislation, don’t be silenced. Don’t be intimidated. Make your voice heard. Go to your state government’s website & tell your representative that the time has come for women to get what they deserve and what they have long been denied.