Over one million young people are in Madrid, Spain this week for World Youth Day 2011, a week of events to evangelize Catholic and non-Catholic Christian young people from around the world. World Youth Day was started by Blessed Pope John Paul II in 1984, when over 300,000 youth flooded St. Peter’s Square on Palm Sunday for the International Jubilee of Youth at which the pope exclaimed, “What a fantastic spectacle is presented on this stage by your gathering here today! Who claimed that today’s youth has lost their sense of values? Is it really true that they cannot be counted on?” He decided to make the event a recurring one, and World Youth Day was born. It has been celebrated in ten countries with crowds ranging from 300,000 to five million, and every time they hear a message from the pope affirming the sanctity of life.

Two days ago, America’s own Lila Rose and Father Stan Fortuna addressed the Viva la Vida! pro-life festival at World Youth Day, sponsored by the European pro-life organization Youth Defence. And on Tuesday, Archbishop of Madrid Antonio Maria Rouco Varela granted all 2,000 priests attending this year’s World Youth Day the authority to lift the excommunication conferred on anyone who has procured an abortion. This message of hope after abortion is just one of many in World Youth Day’s continued role of affirming the sanctity of every human life. To see photos from this year’s World Youth Day from the Denver Post, click here. 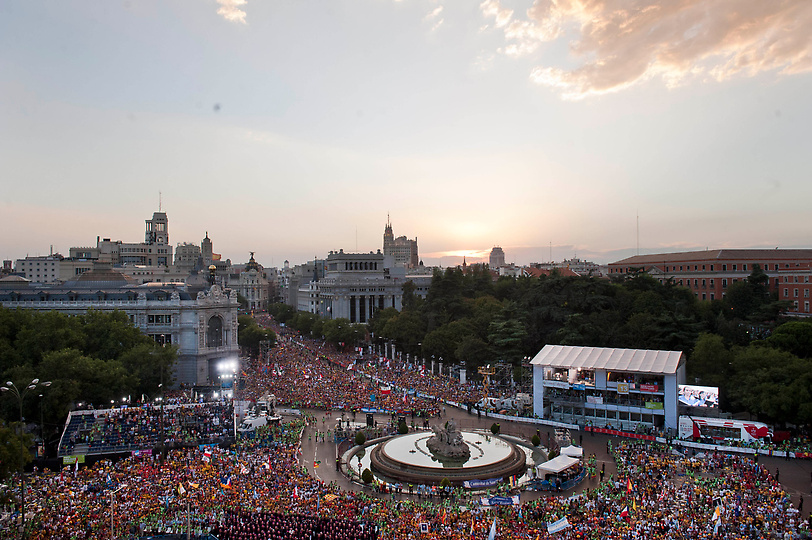