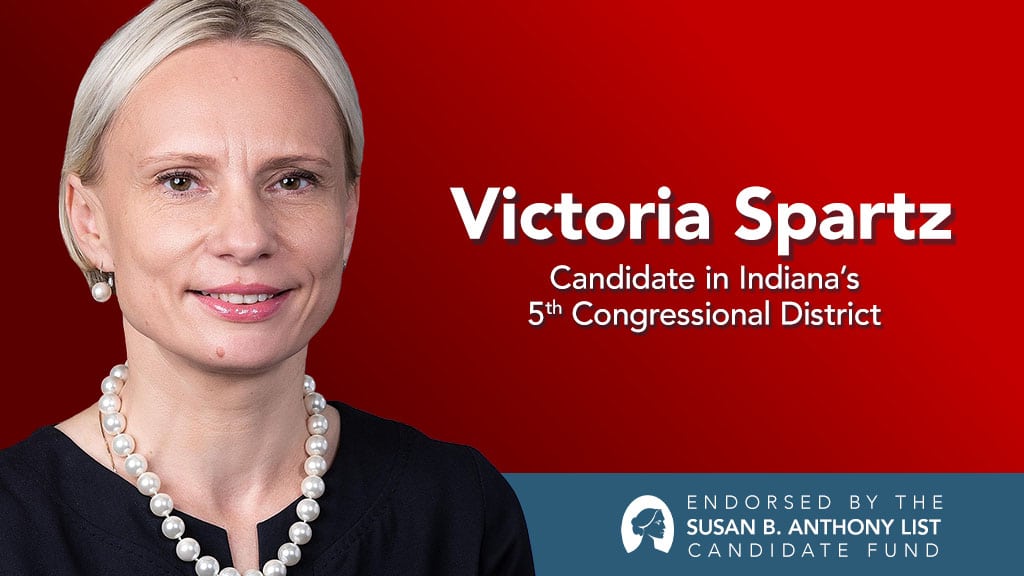 “Congresswoman Victoria Spartz is a fearless advocate for Hoosier values and the human rights of all, born and unborn. We’re proud to support her re-election,” said Hon. Marilyn Musgrave, SBA List’s vice president of government affairs. “With her background as an immigrant born under socialism, Rep. Spartz understands constant vigilance is needed to protect human life and freedom that are the bedrock of America. She is outspoken in calling out pro-abortion Democrats’ assaults on innocent life and the right of the people to protect unborn children and their mothers, and she strongly supports compassionate abortion alternatives. At a pivotal moment in history with countless lives at stake in the Dobbs Supreme Court case, Rep. Spartz’s strength and courage are simply inspiring. We encourage all pro-life Hoosiers to vote for her on Tuesday, May 3.”

Spartz served in the Indiana Senate from 2017 to 2019, where she maintained a 100% pro-life voting record. In her first term in the U.S. House, she earned an A+ on SBA List’s National Pro-Life Scorecard. She is a signer of the congressional pro-life amicus brief in Dobbs v. Jackson Women’s Health Organization, in which the U.S. Supreme Court will address whether all pre-viability abortion limits are unconstitutional.

Spartz immigrated to the United States from Ukraine. She and her husband Jason settled in Indianapolis, where they still live with their two daughters. The family supports their local pregnancy center.