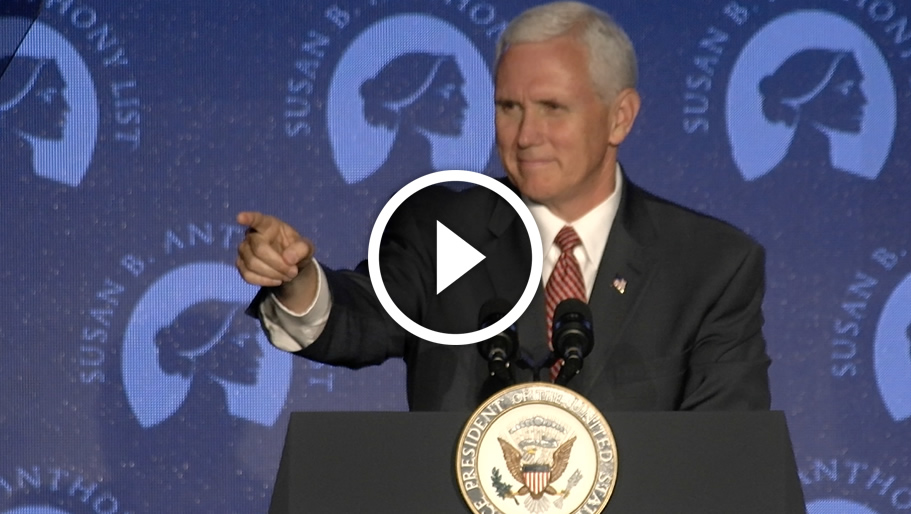 In 2017, Vice President Mike Pence returned to keynote the SBA List’s tenth annual Campaign for Life Gala after previously speaking at the same event as then-Congressman Pence in 2011. It was a fitting homecoming for Vice President Pence who told attendees he is “fighting every single day — to restore the sanctity of life to the center of American law.” His speech outlining the pro-life accomplishments of the Trump Administration showed just how far both he and the pro-life movement have come in recent years and how much we have accomplished together. As Marjorie put it: “unborn children and their mothers could not have a stronger ally at President Trump’s right hand to help carry out the pro-life agenda he has promised. Mike Pence has been an unflinching pro-life champion throughout all his years of public service.”

The 2017 gala was emceed by U.S. Senator Steve Daines of Montana. U.S. Rep. Diane Black of Tennessee and Leonard Leo, Executive Vice President of The Federalist Society were honored with pro-life achievement awards for their work on defunding and exposing abortion businesses and confirming Justice Gorsuch, respectively.

Watch Vice President Mike Pence’s speech at our 10th Annual Campaign for Life Gala held on May 3, 2017 at the Andrew W. Mellon Auditorium in Washington, D.C.