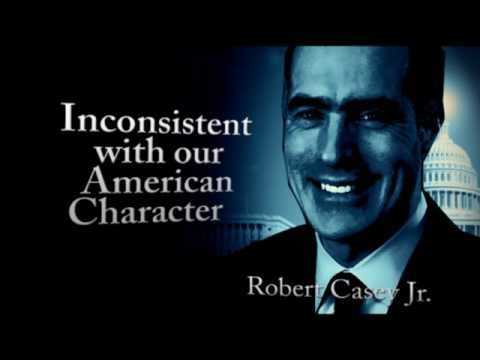 On Christmas Eve, the U.S. Senate gave Americans a gift no one wants: abortion for all, at taxpayer-expense. Even more tragic, they can thank self-described ‘pro-life’ senators like Ben Nelson, Bob Casey, Jr., and Harry Reid for paving the way for legislation that will open the floodgates for the greatest expansion of government-backed abortion since Roe v. Wade.

Today’s vote was a career-affecting vote. The senators who voted to advance this legislation should consider themselves on notice. Votes have consequences, and the Susan B. Anthony List will use all the resources at our disposal to educate their constituents about today’s result. As this debate moves forward, pro-life House members would do well to consider the impact of their own votes. Abortion is never good for women, and it should never be a legitimate aspect of any ‘health care’ debate.

If this bill is signed into law, for the first time, federally funded and managed health care plans will cover elective abortions. Pro-life Americans in states that choose to ‘opt-out’ of abortion coverage will still be forced to foot the bill for abortions in California and New York.

This is not ‘compromise’ or ‘middle ground.’ The only ones who support the senate abortion language are a handful of senators so far-removed from the consciences of their own constituents that it’s laughable. Discussions of ‘different accounts’ and ‘separate checks’ are just a smokescreen.

This bill is a betrayal of conscience for millions of Americans. And it is a betrayal of the principles proclaimed by Reid, Nelson, and Casey. Today’s vote is exactly the type of ‘leadership’ that repels the American electorate. Americans are hungry for authenticity. They are hungry for leaders whose actions follow their principles, for stalwart representatives who will never abandon their convictions for a sweet deal. Unfortunately, on Christmas Eve 2009, as a result of that lack of real leadership, Americans received the gift of abortion in the name of ‘health care reform.’

The good news for the pro-life movement is that Bart Stupak is already a leader for Life in the House, and we know he won’t compromise his principles. The Susan B. Anthony List plans to reinforce Stupak’s leadership with our own efforts to target key members of the House of Representatives.

Unlike the House version of health care reform, the Senate bill as amended by Senator Harry Reid (D-Nev.) does not prohibit abortion coverage for plans offered in federally subsidized health care exchanges. The state “opt-out” provision does nothing to prevent one state’s tax dollars from funding abortions in other states.

The new insurance exchange managed by the Office of Personnel and Management (OPM) will cover abortions. Each state through OPM can provide two multi-state plans and only one of them will exclude abortions. OPM’s current health care program, the Federal Employee Health Benefits Program (FEHBP), does not include any plans that cover elective abortion. The bill also includes a reauthorization of the Indian Health Care Improvement Act, without language to prevent federal funding of abortions.

As part of its Votes Have Consequences project, the Susan B. Anthony List has funded television ads in Nevada (video) and Pennsylvania (video), radio ads in Nevada, Arkansas, Michigan, and Pennsylvania, and targeted advocacy telephone campaigns nationwide to mobilize pro-life Americans to contact Congress and urge their legislators to defend Life in health care reform.

For the last several months, the Susan B. Anthony List has mobilized tens of thousands of pro-life Americans nationwide to urge Congress to exclude abortion from health care reform. Susan B. Anthony List activists have sent over one million letters to Congress requesting an explicit exclusion of abortion from health care reform.