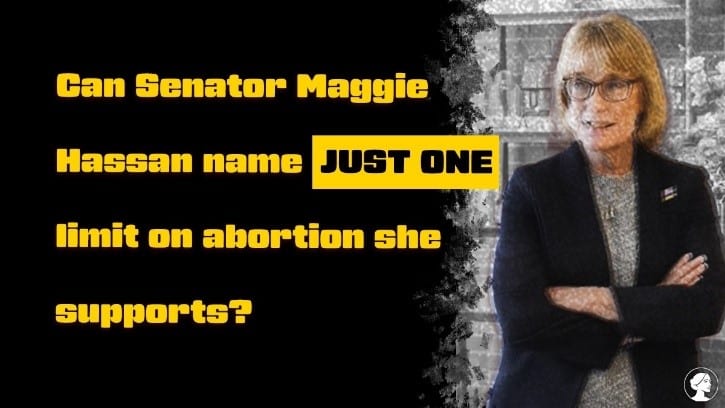 Hassan Pushes for Abortion on Demand Until Birth Nationwide; Chuck Morse Will Stand Up to the Abortion Lobby

Hassan is an original cosponsor of the so-called “Women’s Health Protection Act,” legislation that would expand abortion on demand until the moment of birth and block new and existing pro-life laws. She has earned an F on SBA Pro-Life America’s National Pro-Life Scorecard for her consistent pro-abortion record. 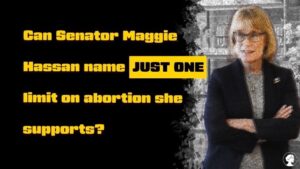 “Senator Maggie Hassan is showing her true extremism by campaigning with the head of a radical pro-abortion lobby group. Hassan is an ardent supporter of legislation to impose abortion on demand nationwide, right up to the moment of birth,” said SBA Pro-Life America President Marjorie Dannenfelser. “Democrats in Washington admit their Abortion on Demand Until Birth Act is the most pro-abortion bill ever. The strong majority of Granite State voters support commonsense limits on abortion, especially brutal late-term abortions well after unborn babies can feel pain – yet Hassan continually sides with the radical abortion lobby over the clear will of her constituents. Her extremism is a political liability and we are committed to exposing it.”

A poll of likely voters finds that a strong majority of Americans in battleground states, including New Hampshire, reject abortion on demand until the moment of birth.

“Granite State voters reject Hassan’s extreme pro-abortion agenda. Nobody knows that better than Chuck Morse, who has spent his career advocating for the will of the people and can be counted on to stand up to the abortion lobby in Washington.”