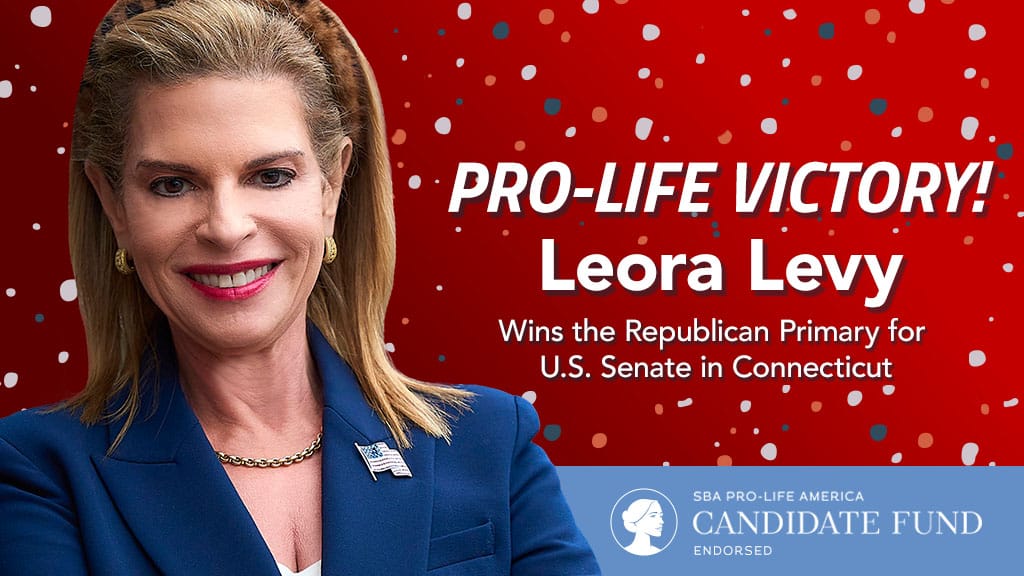 “We congratulate Leora Levy and are excited for her to take on Senator Blumenthal. By advancing a strong pro-life, pro-woman leader, primary voters rejected the status quo of abortion on demand until birth,” said SBA Pro-Life America President Marjorie Dannenfelser. “Levy boldly speaks up for the unborn while empathizing deeply with women facing difficult pregnancies. In stark contrast, Blumenthal’s ‘Abortion on Demand Until Birth Act’ would impose brutally painful late-term abortions nationwide. It would block commonsense laws that most Americans support – including, ironically, safeguards for women’s health from unsupervised, at-home abortions using dangerous mail-order drugs.

“Blumenthal is a prime example of an out-of-touch career politician who consistently caters to the radical pro-abortion fringe at the expense of women, children and families. Levy will expose his extremism and we’re proud to stand with her to win back the Senate in November.”

This election cycle, SBA Pro-Life America and its affiliated entities plan to spend $78 million to protect life across America. This includes reaching eight million voters across battleground states – four million directly at their doors – to educate them on key issues and win pro-life majorities in the U.S. House and Senate.