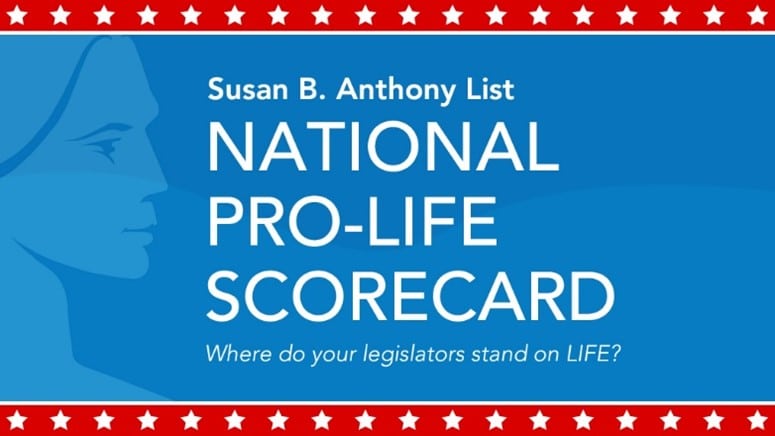 Washington, D.C. – The national pro-life group Susan B. Anthony List (SBA List) today revealed the latest Susan B. Anthony List National Pro-life Scorecard, a tool for holding members of Congress accountable for their legislative records on abortion and highlighting leadership in the fight to protect unborn children and their mothers.

“With the Supreme Court poised to decide the Dobbs late abortion case, potentially returning abortion policy to the people and their elected representatives, the life issue will be front and center in this year’s midterm elections,” said Hon. Marilyn Musgrave, SBA List’s vice president of government affairs. “In contrast to Republicans who are more united than ever in support of life, nearly all congressional Democrats support the radical Biden agenda of abortion on demand up to birth, well past the point when unborn children can feel pain, and even infanticide. Our National Pro-life Scorecard reflects that record. The overwhelming majority of Americans reject pro-abortion extremism. They deserve to know where their elected officials stand so they can hold them accountable and elect a pro-life majority to Congress this November.”