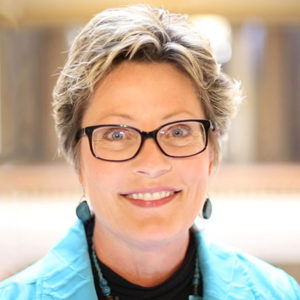 Sue Swayze Liebel hails from Indianapolis, Indiana where she has worked for over 25 years in policy development, program design and implementation, lobbying and political strategy.

Sue currently serves as the State Policy Director for the Susan B. Anthony List in Washington, D.C. She is responsible for implementing the program’s mission of advancing women lawmakers who are dedicated to ending abortion by passing laws that save lives. This involves expanding the caucus’ membership of state elected women across the country and equipping them with policy, legal and communications tools. In her home state of Indiana, Sue is also the Vice President for Public Affairs for Indiana Right to Life, a statewide pro-life advocacy organization, where she assists in developing policy and lobbying strategies and serves as its media spokesperson on issues of human life.

Previously, Sue served the Communications Director for the Indiana Professional Licensing Agency. She also served the family policy council in Indiana, the Indiana Family Institute, by overseeing the Hoosier Congressional Policy Leadership Series, a leadership program specifically aimed at training conservatives for community service and policy leadership initiatives. She also coordinated its initiative to provide marriage and relationship enhancement programs, for which she is also a certified facilitator, primarily in jails and prisons.

Sue is a former Vice President with the Greater Indianapolis Chamber of Commerce, where she represented the business community, working with local and state officials to advocate for business-friendly regulations and legislation on tax and fiscal issues, infrastructure, environmental and local and government consolidation.  She also staffed that chamber’s Political Action Committee. She was also the first Executive Director for the Indiana Christian Chamber of Commerce.

Prior to her years at the chamber, Sue was Policy Director at the United Way of Central Indiana and was active in such issues as child abuse, senior citizen’s services and welfare reform.  She founded the Children’s Coalition of Indiana, a statewide children’s advocacy group which played a key role in the creation of Indiana’s “Kids First” license plate.

Specializing in planning and management, Sue has a master’s degree in Social Work from Indiana University.

Most importantly, Sue is a daughter of the Lord Jesus Christ, to whom she has pledged her life’s work.  She now approaches the political arena as a mission field for her Christian faith and strives to impact the lives of children and families by promoting life, marriage, and family issues. She is married to David.