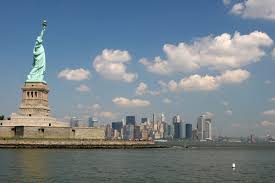 Yesterday I traveled to New York City to cover a press conference hosted by the Chairoscuro Foundation on the topic of New York City’s 41% abortion rate.

Yes, over 4-in-10 pregnancies in New York City last year ended in an abortion. That means over 87,000 young lives were ended. It’s for this reason New York City is called the abortion capital of America (the national abortion average is 23%).

I’m going to cobble together the best of what I heard:

We’ve stopped talking about abortion. This summit is not about the law – it is about addressing an ongoing and deepening human tragedy. In the face of such numbers, what can we do?

Hispanics in the bronx face a nearly 50 percent abortion rate.

Rabbi Zwiebel: “So many have said abortion must be rare. 87,000 abortions in this city is not rare. It’s an abysmal failure.”

Kellyanne Conway: “Only 10% of americans truly believe in abortion on demand in all cases, everyone else is a gradient.”

Bishop DiMarzio: “Science knows the unborn baby is a human child. The diversity which we are proud of in this city is being destroyed by abortion.”