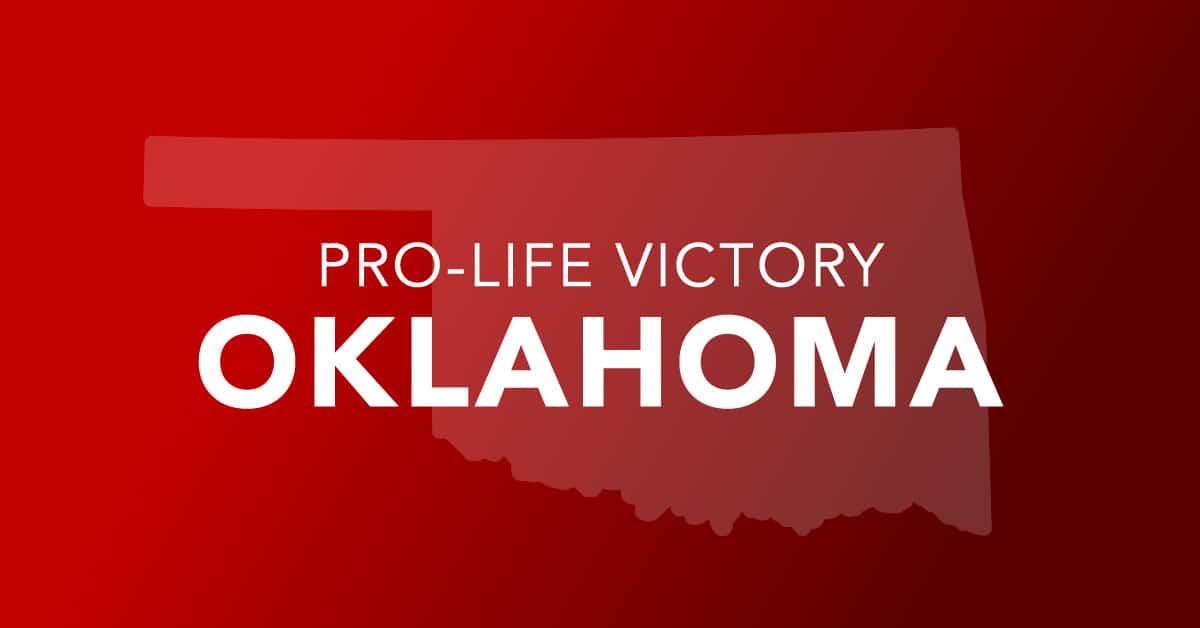 Life Is Winning Across America Ahead of Dobbs Decision

“Oklahoma has enacted some of the nation’s strongest protections for unborn children and their mothers, which could save as many as 3,800 lives a year. Science shows us unborn babies are human beings, with beating hearts by six weeks. We commend Governor Stitt for his courageous leadership, the state legislature for their overwhelming support, and all our local allies for fighting tirelessly for the will of Oklahomans.

“The Dobbs Supreme Court case could finally unshackle pro-life Americans and their elected representatives to save millions of lives nationwide from the brutality of abortion. The stakes have never been higher, but states like Oklahoma prove life is winning in America and the people are eager to modernize our laws.”