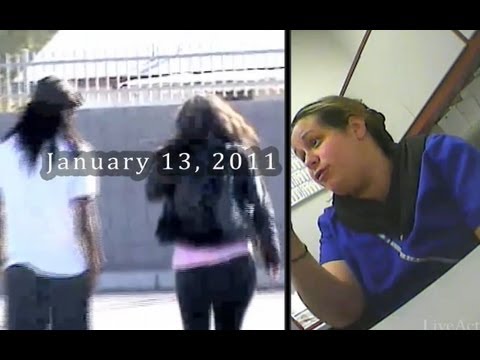 The new video, the latest in a series of more than a dozen previous Live Action sting operations, was unveiled today by 22-year old Lila Rose and her investigative team and shows a clinic manager conspiring with a man posing as a pimp to secretly secure STD testing, contraception and access to abortion services for his prostitutes, as young as 14 years old, despite their age and enslavement.

Below are statements from local and national pro-life leaders:

“The exploitive roots and track record of Planned Parenthood is a largely untold story that now cannot be ignored.  The horror of the logic behind Planned Parenthood’s founding has come to roost in this modern form: it is the primary partner of those who degrade and exploit women.  The exploitation of women by men through abortion was vehemently rejected by the early feminists.  Yet today’s footage and the unbroken trail of like evidence is a natural extension of founder eugenicist Margaret Sanger’s worldview, who saw vulnerable citizens like African-Americans, the poor, and immigrants as ‘human weeds’ and ‘reckless breeders.’  She believed ‘the most merciful thing a large family does to one of its infants is to kill it.’  Certainly, this is not a heritage that embraces the intrinsic value of every human being.  The unbroken chain of examples of such exploitation is appalling, and to further the injustice, this organization insists that it deserves the continued support of taxpayers.  The moment for taxpayers to reject their compulsory involvement in Planned Parenthood has arrived.  If it stays in business at all, it should do so on its own dime.”

“New Jersey taxpayers and every state and federal elected official and law enforcement agency throughout this country should be outraged that an organization claiming to conduct ‘extensive community outreach’ has been caught on tape doing everything in its power to conceal the sexual abuse and exploitation of girls as young as 14.  When Planned Parenthood says they provide ‘family planning’ services and brags that  ‘we welcome everyone – regardless of race, age, income, sexual orientation, or disability,’ what they really mean is that they’re willing to make money on anyone, even child sex slaves.”

“Planned Parenthood has again proven that they are nothing more than a money-grabbing and highly corrupt abortion organization that will conceal a crime as disgusting as child prostitution – and ensure that it quietly continues.  Americans work too hard for their dollars to fund an organization this devoid of concern for young women and basic decency, much less to the tune of $350 million a year.

“This video will help Americans see the appalling truth behind Planned Parenthood’s glossy public relations machine.  The world’s largest abortion provider poses as the defender of women’s health in the glare of the spotlight.  But when real women enter their doors, only money matters.  We must make defunding Planned Parenthood a national priority:  not one tax dollar should be given to fuel the abortion industry. Americans United for Life is proud to stand with Lila Rose and Live Action in their courageous work exposing the threat to women posed by the abortion industry and Planned Parenthood.”

“Sex traffickers will take their victims to abortionists to end pregnancies or test for sexually transmitted diseases in order to keep their victims usable for sale.  Planned Parenthood has apparently realized this, and that they could make not only one sale, but repeat sales.  Medical professionals are on the front lines to detect a sex trafficking victim and are duty-bound to rescue the victims.  Imagine the crushing despair of a trafficking victim, taken outside the shadows to a ‘respectable’ government-funded health care provider, only to learn that they are partnering with the trafficker to assist his illegal abuse.  This latest tape confirms that Planned Parenthood continues to partner with abusing men against the women and girls they claim to serve.  Congress and state governments need to quit funding Planned Parenthood and their corrupt practices that abuse women.”

“As the father of a young girl, I cannot imagine any parent trusting Planned Parenthood with their daughter after watching this shocking and disturbing video.  The revelation that a Planned Parenthood office is willing to aid and abet illegal trafficking of sex slaves – to help line the pockets of pimps with cash – raises the question: Who else is being exploited at Planned Parenthood’s other 820 locations?  This demands an immediate federal investigation for the sake of all our daughters, and – at the very least – Congress should freeze all taxpayer funding of Planned Parenthood until the investigation is complete.”

“This explosive video confirms what many of us in the pro-life movement have long suspected; that Planned Parenthood engages in practices that exploit women and underage girls in human sex trafficking and statutory rape. Now, thanks to this sting operation, we have the proof. Pro-Life students must share this video with their classmates, friends and teachers. Planned Parenthood can’t be trusted on – or off – campus.”

“Now we know that Planned Parenthood is not only targeting the abortion of black babies, but they are eager and willing to cover up the prostitution enslavement of young girls – including minorities – so long as they make money doing it. We must defund Planned Parenthood and their bogus claims of protecting women.”