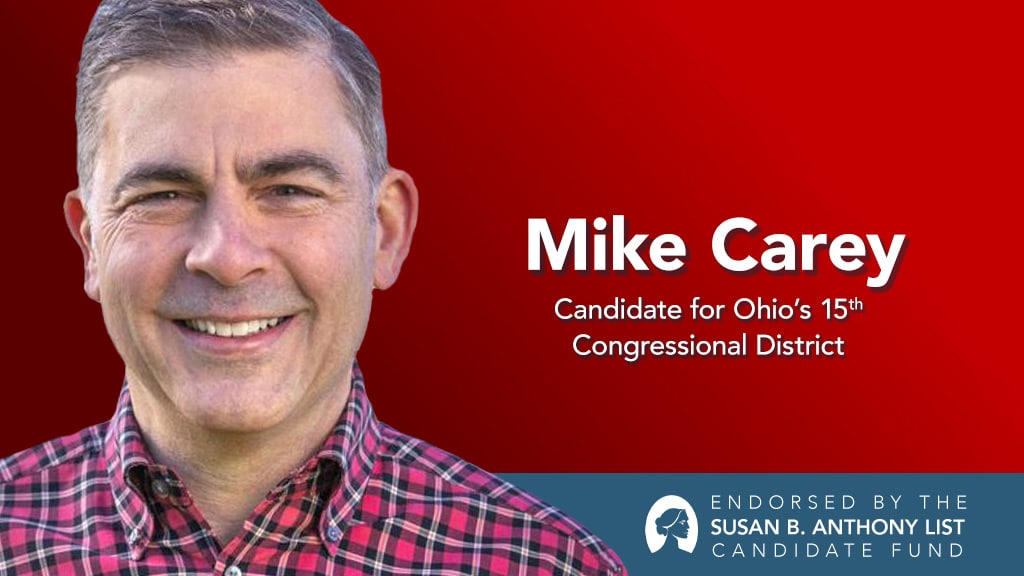 “Susan B. Anthony List is proud to endorse Mike Carey for Congress,” said the Honorable Marilyn Musgrave, SBA List’s vice president of government affairs. “A resilient leader, Mike will defend unborn children, mothers, and pro-life taxpayers in Congress. Mike’s opponent Allison Russo has a 100% rating from pro-abortion NARAL and would undoubtedly ignore pro-life Ohioans to back the abortion lobby. Ohio voters have a clear choice. We urge them to send Mike Carey to Congress to fight back against Speaker Pelosi and congressional Democrats bent on expanding abortion on demand, at taxpayers’ expense.”

Mike Carey was born and raised in the 15th district in the town of Sabina. He served in the Army National Guard before working in the energy industry in government affairs for over two decades. Mike speaks fondly of the moment he saw his youngest sons’ ultrasound picture before he was born. He and his family currently reside in Columbus.