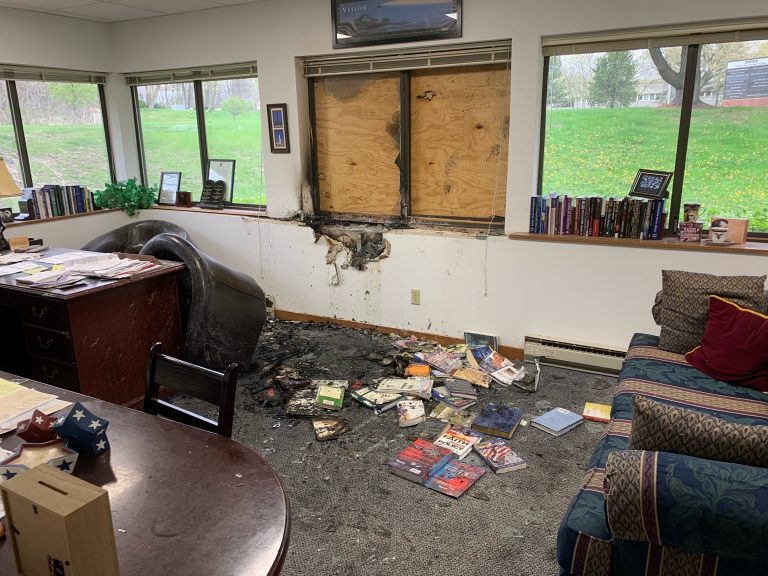 There Have Been 80+ Attacks on Pro-Life Orgs & Advocates Since SCOTUS Leak; Most Voters Support Nonprofits Assisting Pregnant Women in Need

Washington, D.C. – Susan B. Anthony Pro-Life America today condemned U.S. Senator Elizabeth Warren (D-MA) and other Democratic Party leaders’ calls to “shut down” the nation’s pregnancy centers, which have experienced a new wave of attacks in the weeks since the Dobbs decision. New polling released by SBA Pro-Life America finds that 76% of voters favor pro-life pregnancy centers (54% strongly favor), including 73% of Democrats and 73% of pro-choice voters.

Two Massachusetts pregnancy centers were vandalized days after Warren called for a crackdown on pregnancy centers and Democratic Attorney General Maura Healey accused centers, without offering any evidence, of deceiving clients and letting unqualified personnel perform medical services. SBA Pro-Life America has documented more than 80 incidents of violence, vandalism and intimidation toward pro-life individuals and organizations, including pregnancy centers and houses of worship, since the leak of the Dobbs draft opinion. Last month the group joined CatholicVote and over a dozen political organizations in sending a letter to U.S. Attorney General Merrick Garland demanding action.

“Pro-abortion Democrats’ extreme rhetoric is fueling an unprecedented wave of attacks on pregnancy centers and pro-life organizations across the country, yet Elizabeth Warren and others are doubling down on outrageous claims that pregnancy centers ‘torture’ and deceive women.

“Nothing could be further from the truth. Here are the facts: nearly 3,000 pro-life pregnancy centers serve millions of women and men each year, providing millions of dollars’ worth of material assistance and vital services typically at no charge. With an average client satisfaction rate of 99%, they are rated higher than some of America’s favorite companies, like Chick-fil-A. In 2019 over 10,000 licensed medical workers provided care – 6,400 of whom were volunteers. Unlike the profit-driven abortion industry, they offer women and families real choices.

A new analysis from Charlotte Lozier Institute finds 14 community-based health clinics and pregnancy centers for every Planned Parenthood facility in the United States. In Massachusetts the ratio is 25:1.

“Democrats are panicked because life-affirming pregnancy and health centers vastly outnumber Planned Parenthood abortion facilities,” continued Dannenfelser. “After decades of running to the courts to impose their will, they are radically out of touch, so they want to shut us down. In Congress they will hold five hearings in a week to push their unpopular agenda of abortion on demand until birth. The Dobbs decision rightly restored the voice of the people and we expect there to be consequences at the ballot box.”