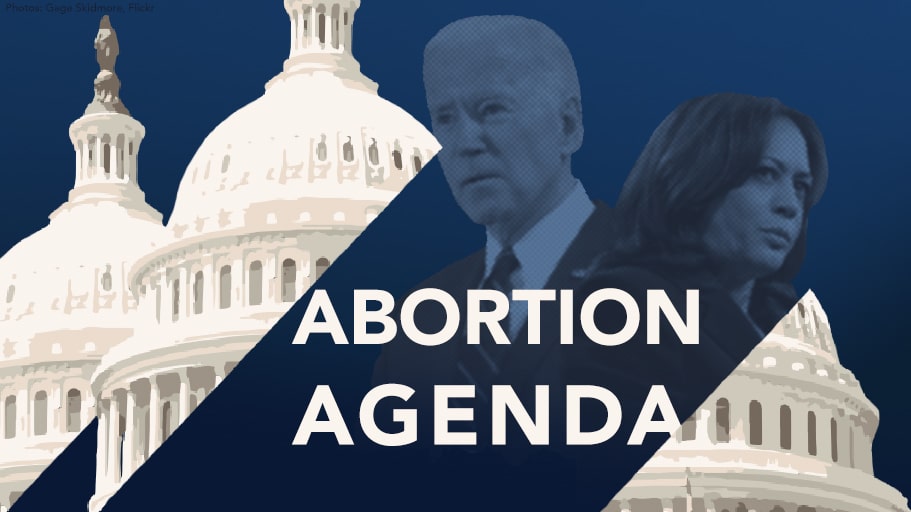 Washington, D.C. – Susan B. Anthony Pro-Life America slammed the Biden-Harris administration and pro-abortion Democrats following the Federal Bureau of Investigation’s raid on the home of pro-life activist Mark Houck, who is scheduled to appear in court today in Philadelphia, and the shooting of a pro-life canvasser in Michigan:

“The Biden-Harris administration has dangerously politicized the Justice Department to punish political enemies and protect the abortion industry that spends millions to elect pro-abortion Democrats,” said SBA Pro-Life America President Marjorie Dannenfelser. “Kamala Harris’ tactic of raiding the homes of journalists who exposed Planned Parenthood’s role in trafficking baby body parts is now policy at the highest levels of government. President Biden’s repeated failure to denounce pro-abortion violence by name and characterization of pro-life Americans as ‘threats to democracy’ have consequences – fueling scores of attacks on pregnancy centers, pro-life nonprofits and houses of worship, as well as an assassination attempt against U.S. Supreme Court justices. As of this month, there have been no arrests in at least 17 cases of pro-abortion terrorism tied to ‘Jane’s Revenge.’

“Now a pro-life family has found the guns of the FBI aimed at them and their children at home, pregnancy centers in Michigan and Colorado have been vandalized in recent days, and an elderly pro-life volunteer has been shot in the back while peacefully canvassing. While the shooter’s motive is under investigation by local police, what is clear is that Biden, his administration and every Democrat candidate for office must stop their shameful rhetoric and unequivocally condemn violence against pro-life advocates. We join our allies in Congress in demanding a full account from Attorney General Garland of what is being done to investigate and prosecute these attacks, which are unacceptable in a country founded on equal justice under the law.”

SBA Pro-Life America has documented more than 80 incidents of violence, vandalism and intimidation directed toward pro-life individuals and organizations since the leak of a draft opinion in the Dobbs case. In June the group joined CatholicVote and over a dozen political organizations in sending a letter to U.S. Attorney General Merrick Garland demanding action. It’s time for a public account of DOJ’s response.

This election cycle, SBA Pro-Life America and its related entities plan to spend $78 million to protect life across America. This includes reaching eight million voters across battleground states – four million directly at their doors – to elect pro-life leaders across America and in D.C.