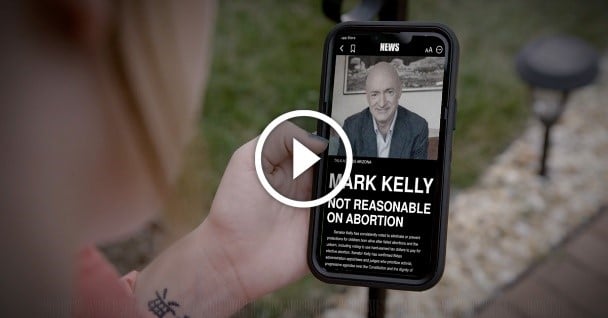 The ad buy began today, September 26, and will run through October 5 in the Phoenix, AZ media market on broadcast, cable, and streaming. 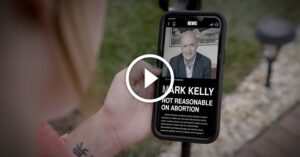 “Mark Kelly is an abortion radical who backs legislation forcing states to allow abortion on demand, until birth, paid for by taxpayers. This is deeply out of touch with Arizona voters, as well as most Americans,” said Mallory Carroll, national spokeswoman for Women Speak Out PAC. “Senator Kelly consistently sides with the abortion lobby against his own constituents who want greater protections for unborn children and mothers. Arizonans deserve better. To date our canvassing team has made over 600,000 visits to voters to educate them about Kelly’s extreme record and contrast it with Blake Masters’ pro-life position which centers on reasonable consensus protections for unborn babies and moms.”

Kelly is an original co-sponsor of the deceptively named “Women’s Health Protection Act,” legislation that would force all 50 states to allow abortion without limits by wiping away nearly all state level limits on abortion, even protections for babies and women late in pregnancy. This session Kelly has voted twice for the extreme legislation, better described as the “Abortion on Demand Until Birth Act.”

Polling conducted in Arizona earlier this year by CRC Research on behalf of SBA Pro-Life America found a strong majority of Arizona voters (53%) oppose legislation allowing abortion up until birth and eliminating nearly all existing limits on abortion. 56% of Independents and 27% of Democrats said they are less likely to vote for Kelly knowing he believes taxpayers should fund abortions up to birth. Further, 56% of voters prefer a 15-week limit while just 27% say they prefer no limits.

The SBA Pro-Life America and Women Speak Out PAC field team has boots on the ground in Arizona and has made over 600,000 visits to voters to discuss Kelly’s record on life with Arizona voters. This election cycle, SBA and its entities plan to reach eight million voters across battleground states – four million directly at their doors – to take back the U.S. House and Senate.