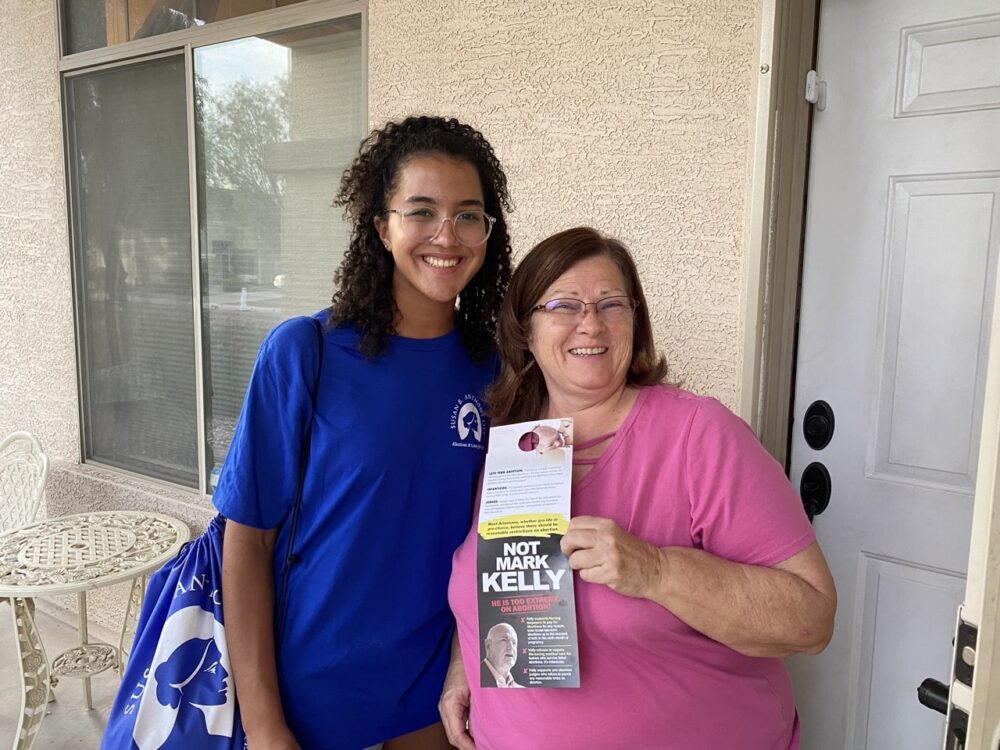 Kelly is an original co-sponsor of the deceptively named “Women’s Health Protection Act,” legislation that would force all 50 states to allow abortion without limits by wiping away nearly all state level limits on abortion, even protections for babies and women late in pregnancy. This session Kelly has voted twice for the radical legislation, better described as the “Abortion on Demand Until Birth Act.”

“Senator Mark Kelly won’t get away with hiding his extreme pro-abortion record from the voters of Arizona,” said SBA Pro-Life America President Marjorie Dannenfelser. “Kelly does not merely vote in lock step with the radical abortion lobby – he is leading the push to impose abortion on demand up until the moment of birth, paid for by taxpayers, and block protections for the unborn and their mothers nationwide. We call on the media to demand the answers voters deserve from Kelly, who has yet to name a single limit on abortion he supports. In contrast, Blake Masters supports commonsense legislation to stop brutal late-term abortions when unborn children feel excruciating pain. Our Arizona ground team has made over 600,000 visits to voters to hold Mark Kelly accountable for his radically unpopular agenda.”

Polling conducted in Arizona earlier this year by CRC Research on behalf of SBA Pro-Life America found a strong majority of Arizona voters (53%) oppose legislation allowing abortion up until birth and eliminating nearly all existing limits on abortion. 56% of Independents and 27% of Democrats said they are less likely to vote for Kelly knowing he believes taxpayers should fund abortions up to birth. Further, 56% of voters prefer a 15-week limit while just 27% say they prefer no limits.

The SBA Pro-Life America and Women Speak Out PAC field team has boots on the ground in Arizona and has made over 600,000 visits to voters to discuss Kelly’s record on life with Arizona voters. This election cycle, SBA and its entities plan to reach eight million voters across battleground states – four million directly at their doors – to take back the U.S. House and Senate.