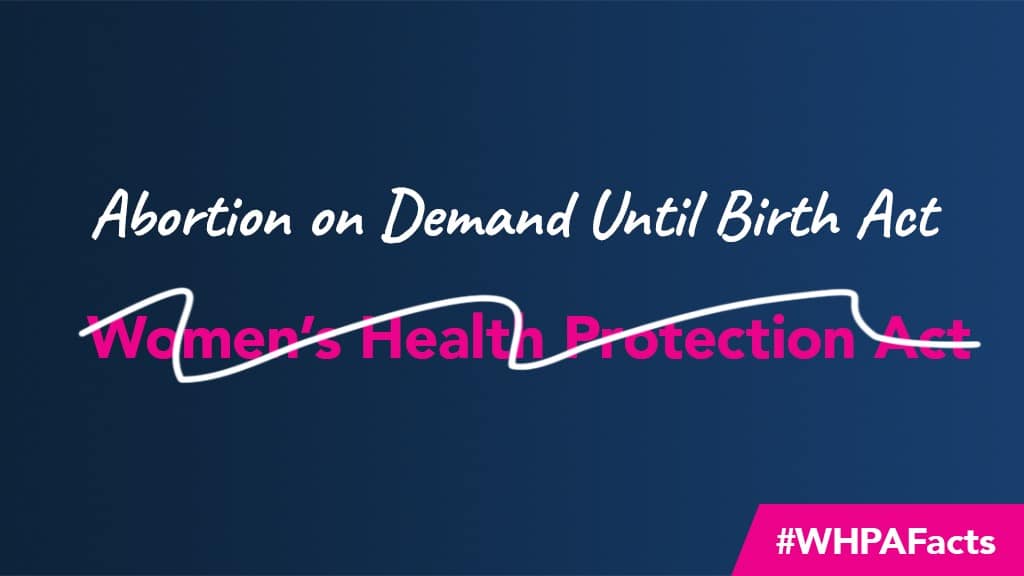 Schumer Comments Calling Abortion on Demand “Sacred” and a “Fundamental Right” Prove Pro-abortion Dems Are Extreme, Out of Touch

Washington, D.C. – The national pro-life group Susan B. Anthony List (SBA List) celebrated as H.R. 3755, better known as the Abortion on Demand Until Birth Act, failed to pass the U.S. Senate. Backed by the Biden administration, this legislation would effectively codify a right to abortion on demand until birth into federal law and nullify pro-life laws enacted by democratically elected legislators in states across the country.

SBA List previously announced that it will score the vote and issued a memo detailing the bill’s extreme provisions. In addition, SBA List’s research arm Charlotte Lozier Institute has provided expert legal analysis of the legislation.

“We thank all our pro-life Senate allies who spoke out about the extremism of this atrocious bill and helped defeat it. Biden, Pelosi and Schumer’s ‘Abortion on Demand Until Birth Act’ would enshrine an unlimited abortion ‘right’ in federal law and block common ground pro-life laws around the country, including limits on late-term abortions when unborn babies feel pain, bans on lethal discrimination abortions, and many more. In calling for this bill to be passed, Chuck Schumer referred to abortion as a ‘sacred’ and ‘fundamental right’ – proving that pro-abortion Democrats could not be more radically out of touch with the American people. Those who sided with the abortion lobby to trample the will of the people will face political consequences.”

Popular pro-life laws nullified by the Abortion on Demand Until Birth Act would include: