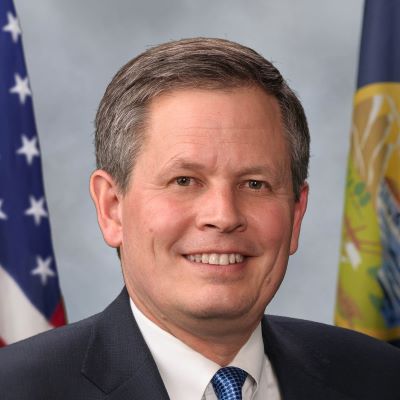 Senator Daines has stood up against extremist nominees of the pro-abortion Biden-Harris administration, against pro-abortion action both in the administration and through legislation advanced by Majority Leader Chuck Schumer. Sen. Daines has voted consistently to defend the lives of the unborn and infants. This includes stopping hard-earned tax dollars from paying for abortion, whether domestically or internationally, and protecting health care provider rights for those who refuse to engage in brutal abortions.

Senator Daines chairs the Senate Pro-Life Caucus. He introduced S. 2408, the Protecting Life on College Campus Act, to prohibit federal funding for the distribution of chemical abortion drugs at public universities, and spoke at a press conference on the bill along with colleagues in the House. He led three pro-life amendments: one to H.R. 1799, the Paycheck Protection Program Expansion Act, to prohibit Planned Parenthood from receiving a forgivable loan under the paycheck protection program, another to S. 937, the COVID-19 Hate Crimes Act, to address discrimination abortions committed based on race, ethnicity, color, national origin, sex, or disability, and another to S. Con. Res. 5, a budget resolution, to allow expectant parents to receive a tax credit for their unborn child. During a confirmation hearing for secretary of Health and Human Services, Senator Daines highlighted nominee Xavier Becerra’s extreme positions on abortion without restriction, for any reason. After Becerra was confirmed, Senator Daines spoke out against his and the Biden administration’s efforts to roll back a Trump rule that brought transparency to abortion coverage in Obamacare, and co-led a letter to the administration opposing this effort. Sen. Daines led a letter to Senator Chuck Schumer pledging to oppose any legislation that weakens or eliminates existing pro-life protections; led a letter demanding that Google stop silencing pro-life views and reverse unjust censorship; and sent a letter to DOJ, HHS, and NIH, demanding investigation into unethical fetal tissue experimentation and research at federally funded University of Pittsburgh. He sponsored S.Con.Res. 17, a resolution commemorating the anniversary of the signing of the Geneva Consensus Declaration, and published a memo highlighting abortion funding in H.R. 5376, the Build Back Better Act. Sen. Daines spoke outside the Supreme Court at the pro-life rally on the day of Dobbs oral arguments; gave speeches defending life during a Senate press conference and colloquy on the eve of the Dobbs Supreme Court case.

Senator Daines has voted consistently to protect the lives of unborn babies and infants as well as the consciences of taxpayers who don’t want their hard-earned tax dollars paying for abortion domestically or internationally. While the pro-abortion majority in the U.S. House of Representatives continually sends the Senate bills that roll back pro-life protections, the Senate has made it their priority to confirm judges and justices who will respect the constitution and leave legislating to the legislative branch.

Senator Daines is the Chair of the first ever Senate Pro-Life Caucus. He led the Senate letter to the President requesting a veto threat for any anti-life legislation as well as a letter to the President encouraging his ongoing efforts to defeat anti-life policies in appropriations. He also co-led a bicameral letter to Office of Personnel Management Acting Director urging enforcement of the Smith Amendment. Senator Daines participated in debate on the Senate floor in favor of S. 311, the Born-Alive Abortion Survivors Protection Act and S. 3275, the Pain-Capable Unborn Child Protection Act. During negotiations of the CARES Act, Senator Daines worked to ensure that taxpayer dollars would not bail out affiliates of certain abortion providers. He co-led a bicameral letter to direct the Small Business Administration to implement the qualifications that would exclude Planned Parenthood affiliates from receiving forgivable loans through the "Paycheck Protection Program."