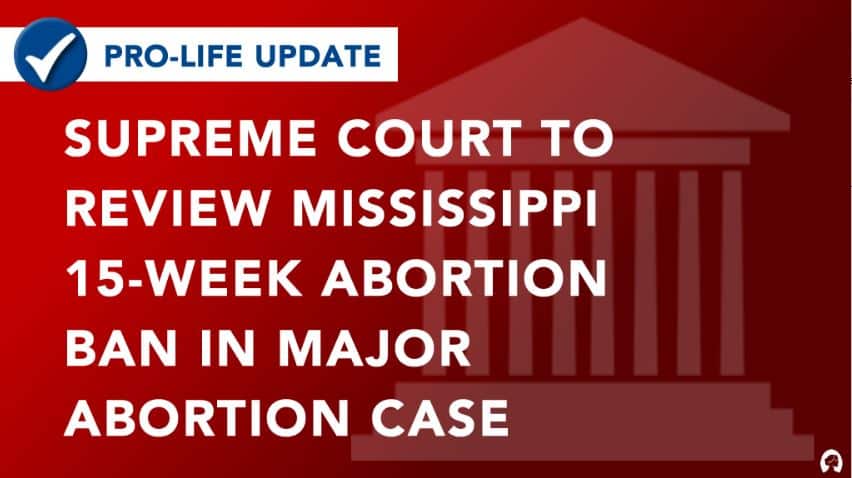 “Science reveals the undeniable humanity of the unborn child. By 15 weeks, an unborn baby’s heart has beat nearly 16 million times. She already shows a preference for her right or left hand, responds to taste, and can feel pain. They and their mothers deserve protection in the law,” said SBA List President Marjorie Dannenfelser. “Yet fifty years of unworkable jurisprudence has tied the hands of state lawmakers and made the United States one of only seven countries in the world – including China and North Korea – that allow abortion on demand for any reason up to birth. Americans overwhelmingly agree that this status quo is too extreme.

“We’re proud to stand with Attorney General Lynn Fitch, Solicitor General Scott Stewart, and the people of Mississippi as they champion life at the Supreme Court. It is time to follow the science and modernize our laws.”

In the Dobbs late abortion case, the Supreme Court is set to consider whether all pre-viability limits on abortion are unconstitutional.

Charlotte Lozier Institute also filed a separate amicus brief in the Dobbs case. CLI’s brief details 12 specific lines of new scientific evidence since the 1973 Roe v. Wade decision that demonstrate the humanity of unborn children, including their capacity to feel pain well before “viability.” Additionally, CLI research shows that 47 out of 50 European nations limit elective abortion prior to 15 weeks.