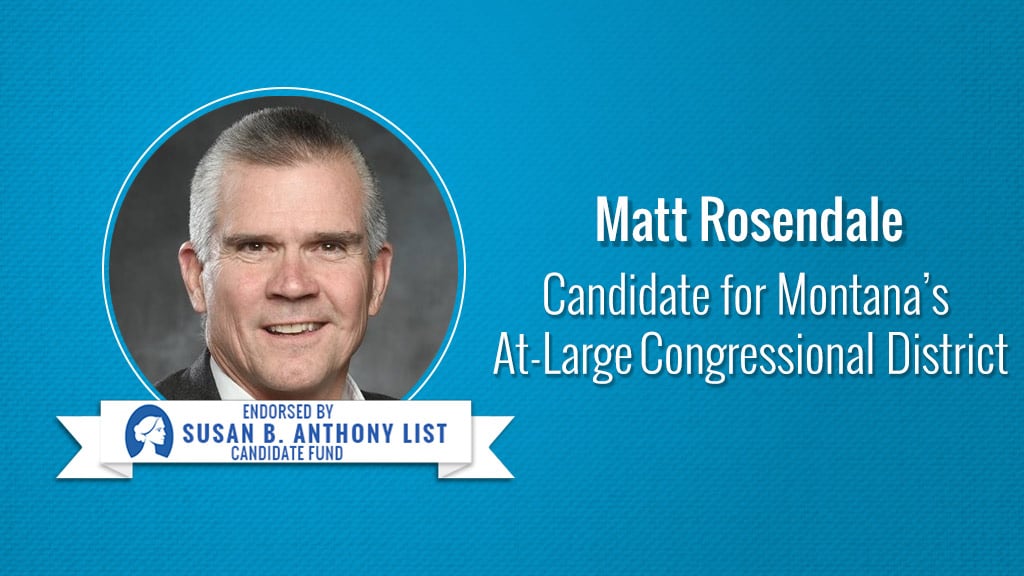 “Matt Rosendale is a longtime pro-life leader and we’re proud to endorse him in his run for Congress,” said the Honorable Marilyn Musgrave, SBA List’s Vice President of Government Affairs. “Throughout his time in the state legislature, Matt championed compassionate initiatives to protect unborn children and their mothers. In contrast, abortion extremist Kathleen Williams is backed by radical groups like Planned Parenthood and NARAL that promote abortion on demand through birth –  dramatically out of step with Montana values. A state as pro-life and pro-Trump as Montana deserves a champion in Washington who will stand up to the Pelosi agenda and fearlessly defend life. We urge every pro-life voter to support Matt Rosendale, a proven fighter who will serve the people of Montana, not the abortion lobby.”

Matt Rosendale was elected state auditor in 2016. He previously served in the Montana Legislature from 2011-2017 where he maintained a 100 percent pro-life voting record. He and his wife Jean live on their family ranch in Glendive, Montana and have three sons.